Vacations can sometimes make or break friendships and relationships. In a place with limited cell phone service and even more limited internet accessibility, Cuba will force you to do some serious soul searching and bonding without any distractions.

Choosing to go to Cuba was a bit of a task for me since I normally just go with the flow without plans or agendas. Because of a new travel partner, I spent so much time browsing websites, saving pins on Pinterest, and communicating in travel groups with people who had already been.

Once our flight landed, I never once looked at my travel plans again. Cuba was that refreshing. It entices you to relax and be free.

I booked an airbnb for myself and my guy. I also treated my college aged son and his friend to this trip where I rented them a hostel. The owners of the hostel had sent the four of us a taxi where we were picked up from the airport and dropped off at our respective airbnb. 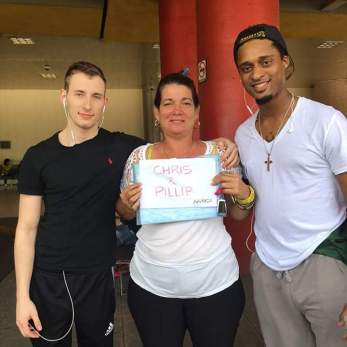 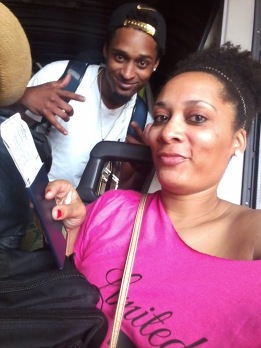 Two things I did plan that we stuck with, my son (Chris) and his friend, Phillip went on a walking tour where they got familiar with the city. Chris speaks Spanish pretty fluently so he was able to communicate with so many people. Being able to speak the language got him free drinks, cigars and multiple conversations where people swore he was Afro-Cuban. My guy and I also had a tour on the first day except ours was in one of the classic cars we hear about. Of course our car would break down half way through the tour. That is almost expected and you just remain patient and take in the views surrounding you. Both of our tours ended with free drinks at Hotel Nacionale.

Later that evening, our host arranged us a bike taxi to take us from our airbnb to Fabrica de Arte, an amazing art gallery that comes alive with music and people late at night. Our taxi driver peddled that damn bike at least six miles and we were in awe of his strength, despite those lil legs he had. He waited for us as long as we were inside. I briefly saw my son inside the factory but he was focused on other things so I told him the usual “Be smart. Have fun. Be responsible.” We had had enough and headed back to our apartment. 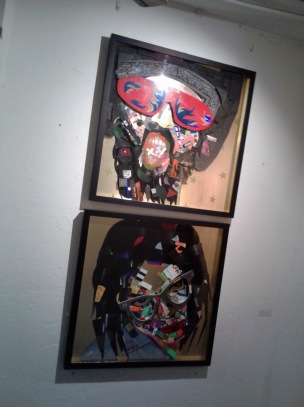 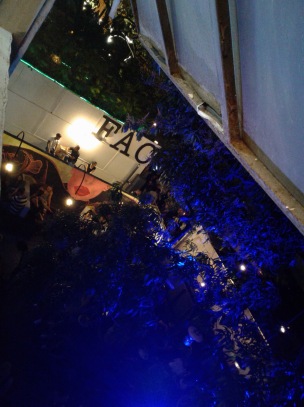 The next morning we had a taxi take us two hours on a scenic trip to Vinales so we could tour the Indian Caves and visit the cigar factory. While I never found out the relationship of “Indian Caves” that was a beautiful place to be. Once we arrived at the cigar farm, we met some others from the US and did our cigar tour with them. The guy leading our tour was funny and very interesting in his presentation. We smoked cigars at the end and enjoyed our buzz. FYI, if you’ve never smoked a real Cuban cigar with honey on the tip, you have not smoked a cigar. Omg! 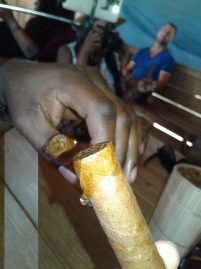 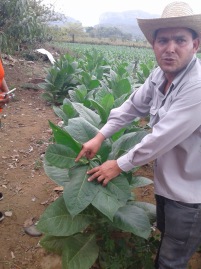 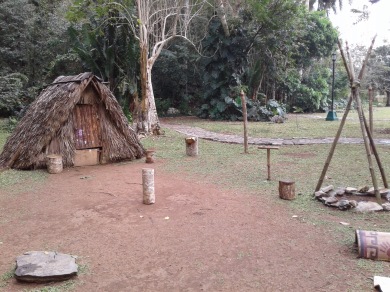 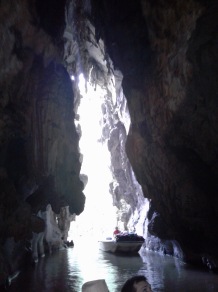 We took an amazing horseback ride throughout the entire plantation where we tasted from the coffee farm, the organic honey, and the rum produced locally. Somehow we managed to be talked into buying some of each. We were also serenaded by a gentleman who was lurking and just knew we would tip him since we were so buzzed. We did. Lol

I don’t remember the ride back to the casa because we slept the entire way. The next day was a busy one so rest was needed.

We woke up to a cab waiting to take us to Callejon de Hamel, a place that comes alive on Sundays with funky street music and lots a expressions of Afro-Cuban culture.

The things I wanted to do on this day was kind of ruined as our cab driver was quite aggressive and communication was a struggle. Because I had forgotten to get a price before the day even began, he tried to charge us too much for his services. After a quick trip to the windy beach in Santa Clara, I ended our day with him and we returned home.

We walked toward the Malecón, a roadway and seawell that stretches along the coast of Havana, where we had been a previous day, to find a relaxing atmosphere to end our trip. We had dinner and drinks at Hotel Nacional, where we also exchanged more money and purchased a few gifts. 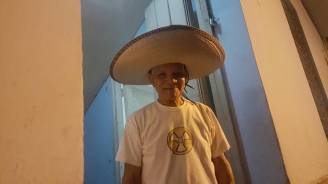 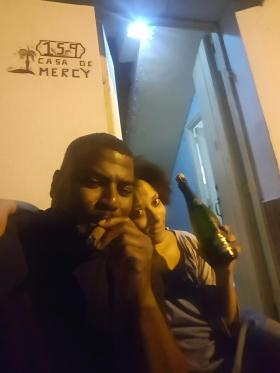 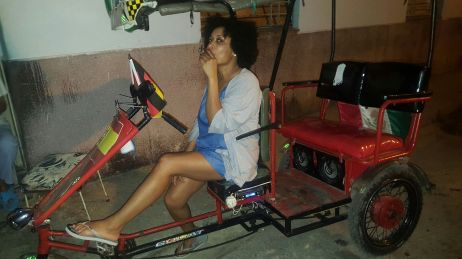 Our last night ended having cigars, drinking champagne and beer with our hosts, dancing in the streets and taking turns peddling the bike taxi. Cuba was everything I expected and more. I wanted to celebrate my 40th birthday with loved ones at a place that celebrates hope. Hopeful is what I want to carry on into this next phase of my life. Hopeful for health, mental clarity, and love. Cuba is amazing for friendships. Cuba owes me nothing!

A few links I used to plan my trip:

Key advice when traveling to Cuba: take more money than you think you’ll need. You US credit card will not work and having access to extra money is vital. Happy Travels!